INTRODUCTION
On the ninth of April 2019, architecturaltheory.eu organizes a symposium on different relationships between architecture and digital media, whether it’s the impact of the Internet, the ability to add meaning and atmospheres, or the opportunities to make invisible things visible and create fictions. Digital technology encompasses such a vast field today that in architecture it stretches from design software to robotics and from the Internet to AI. Whether it’s the technology itself or the billions of people using it, changing it and being influenced by it, there increasingly seems to be something secretive and uncontrollable about it. In this symposium, authors, artists and architects search for dei ex machina, to shed light on the situation, face our demons, surprise us and maybe even suggest ways out.
CONNECTED
The first panel is dedicated to the different ways in which the Internet connects humans with humans, humans with machines, and machines with machines. The data that circulate at high speed through the Web are not confined within the borders of its digital networks, but migrate outside of them, affecting people and objects, their function and position in space. The Internet is not any more a novelty, but a banality that generates an environment defined by ubiquitous authorship, attention as currency, the collapse of digital into material space and the infinite reproduction and mutation of cultural products. How can architecture and art confront this condition?
AUGMENTED
The second panel of the symposium will deal with the possibilities of realities: physical, augmented and virtual. Next to the question about the role of architecture, and architects, in the design of virtual worlds or in the extension of the physical environment through augmented reality, another important issue will be the bodily impact of these transitions. Still seen as temporary escapes, the panel will discuss about how these installations may change or extend our human experience, knowledge and values.
FICTIONAL
The third panel of the symposium will discuss the relationship between Fiction and architecture. By showing different approaches to the topic, the panel will address issues related to representation and the fabrication of fictional realities. Fiction will be presented as a reality in itself, fabricated by an author, or
as a way through which it is possible to problematize, represent and critically engage the material reality of architecture. Next to these issues, it will be discussed how architecture itself can be seen as a fictional discipline that, thanks to its aesthetics, its language and its meaning, can infiltrate the construction of our cultural imaginary. Simultaneously seen as a strategy and as a reality in itself, the panel will discuss about how the question of fiction can variously influence our realities. 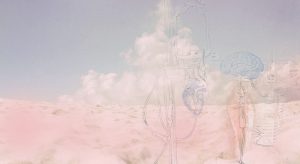 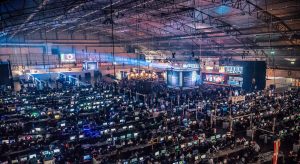 City of Legends. The Rise of Gamespace / Davide Tommaso Ferrando 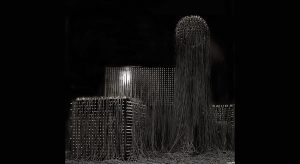 Booklet Connected/Augmented/Fictional. Architecture in the Network 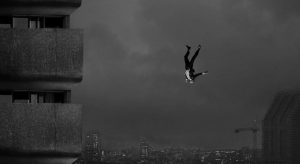 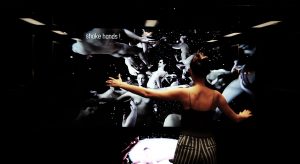 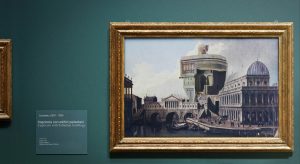 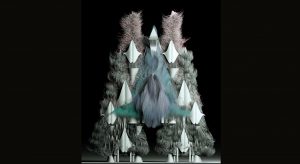 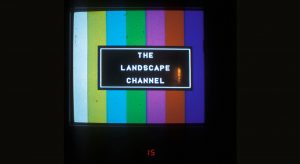